A Glimpse into the Life of Ophir CTO Ephraim Greenfield

What’s the one quality you need to be a great scientist?

If you ask Ephraim Greenfield, co-founder of Ophir, he’ll probably tell you it’s a mixture of luck and being willing to just go ahead and try something.

We can speculate and theorize until our brains are fried, but sooner or later, you just need to get into the lab, perform an experiment, and see what happens.

That’s the only way to really see how things work.

But I have to warn the reader that not everything Ephraim did as a child is safe, advisable, or wise.  But in Ephraim’s own words, “I wouldn’t be able to get anything accomplished these days with all the safety officers telling me what not to do…”

Follow in his footsteps, but at your own risk. 😉

I was interested in science from a young age.  I would go to the library and read through entire shelves of books on science, nature, and biology.

At 12, I ordered some parts from Edmund Optics and put together my first telescope.  That’s when I found out the value of a telescope in a heavily-polluted city like Detroit.

Around the same time, I got it in my head to build a rocket.  My older brother courteously provided me with some materials from his high school chem lab, and I began to assemble a rocket.  Before I could test it, though, it exploded in my face.

My mother was usually afraid to come down to my experimental “lab” in the basement, but she would often ask, “What are you doing down there?  I can smell it from the kitchen!”

Tell us a little about your education.

After majoring in math in undergrad, I realized that it was too abstract for me and went on to get a Masters in physics instead.  I then immigrated to Israel, where I was introduced to Dr. Shaul Yatziv, who was working on a new Raman laser system.  When I arrived, Dr. Yatziv told me to take a look at their Raman laser setup.  The laser was intended to fire at a container of pressurized gas and I was warned: “Be careful!  It’s very dangerous.”  So, just like as a kid with my rocket, I went into the room and just fired the laser right into the gas.  It worked just fine.

I continued research in Dr. Yatziv’s lab and did my PhD there, which was based on a similar setup, with an underground container of cyanide gas.  This was even more dangerous, since it had enough cyanide gas to poison the entire university.  But as before, I didn’t let this stop me and got my hands dirty (not literally) to complete my PhD.

Why did you start a company?  What did you expect from it?

After my studies, I couldn’t find any work opportunities, so I decided to start a new company instead.  I approached Professor Ze’ev Lev who put me in touch with Dr. Yaakov Zerem.  Together we founded Ophir in 1976.

My hope was to be successful enough to make a living, maybe hire two or three people to work with us.  Dr. Zerem had a higher goal in mind.  He said: “Let’s grow to be a several-hundred-employee company.”

With four corporate offices around the world, and dozens of distributors, Dr. Zerem won the bet.

Like Rome, Ophir didn’t grow in a day.  It grew slowly, but steadily, and year by year it became the successful company it is today.

Show us a day in the life of a CTO: 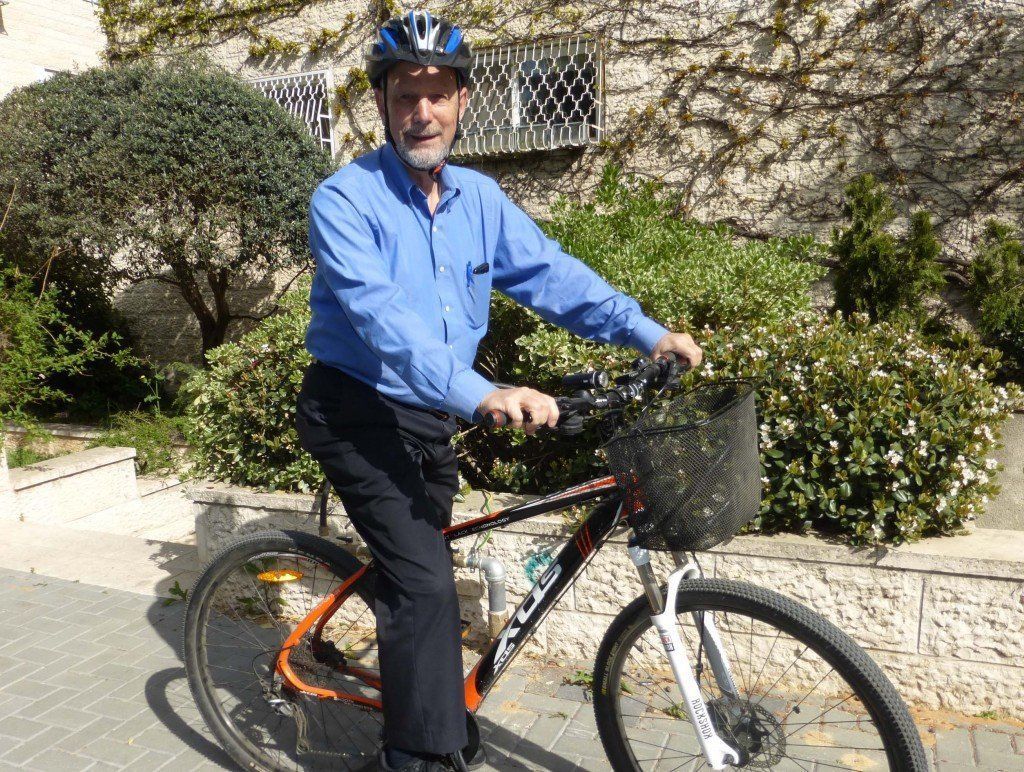 In terms of coming up with new products, I believe that the best ideas come from our customers, so most of my day is spent emailing and talking with customers, trying solving their problems.

Speaking of which, please feel free to contact me at ephraim.greenfield@ophiropt.com

A complete toolkit for measuring and testing VCSELs
02:59