[:en]So, you want to measure your laser’s power.  Or energy.  Or position.  But you need to find a meter and sensor in your power range.  Does “power” mean average power or peak power?

When I think of a laser, I think power. 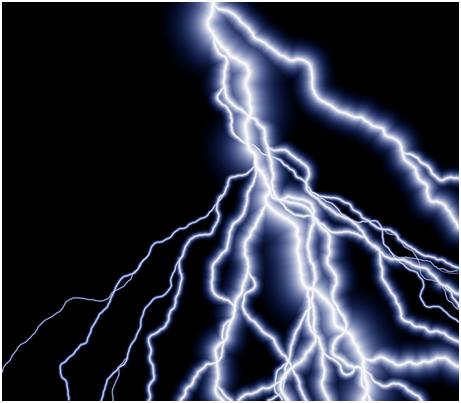 At the end of the day, a laser is just another way to transfer energy from one place to another.  (In fact, there are those that think it might be the next big thing in long-distance energy transportation, as used by Lockheed Martin to power a UAV for over 48 hours.)

Since power is a measure of how much energy is transferred in a unit of time, this is the prevalent parameter when it comes to lasers.  However, if the laser is pulsed, things start getting complicated.  Where before, there was just power and maybe power density, now we start to see many more specifications.  There’s pulse energy, width, and repetition rate, as well as two kinds of power: peak and average.  Pay attention, because here’s where it gets confusing.  The same laser can have an average power of 10 mW, but a peak power of  10 kW!

Before we get to which kind of power needs to be taken into account when choosing a power meter, let’s take a step back to explain why there are two different powers in the first place.

Divide the energy per pulse by the pulse width (in time) and you will get the peak power.  This is the power of the laser during the pulse, and it would be your only power spec if instead of pulsing the laser you never turned it off (as in a CW laser).  But since the laser is off some of the time (usually much more time than it’s on) the average power will be lower.  A simple way to think of the average power is just the peak power times the duty factor.  In other words, you’re averaging the power over the course of one on/off cycle of the laser.

Selecting a Power Sensor for a Pulsed Laser

Let’s talk about how this relates to measuring your laser with a power sensor.  If you are using a thermal or photodiode sensor to measure power, you’ll find only one spec for maximum power.  So which power does this refer to?

Ophir never refers to peak power (directly) in any of its datasheets.  The power range and the damage threshold (in power density) are with respect to average power, not peak power.  But – and stay with me here – that isn’t to say that peak power has no effect on our sensors.  It does affect them, but only indirectly.

If you look carefully at our laser power sensor datasheets, you will notice that there are two damage thresholds: power density and energy density.[1]  As opposed to power density, which is usually a simple number in kW/cm2, energy density is usually portrayed as a table, with several possible values (in J/cm2).  The maximum energy density depends on the pulse width, because a longer pulse width allows more time for the energy to be absorbed and dissipated as heat.  We frame this as a derated max energy density for very short pulses, but one could just as easily look at it as a sliding scale of energy densities to ensure that a given peak power is not exceeded.

Does peak power play a role in choosing the best laser power or energy sensor?

Do you need to worry about it when checking the sensor specs?

NO.  Just make sure your laser fits with all the other requirements, including maximum energy density at your pulse width, and you should be all set!

I find that a side-effect of becoming too familiar with anything is that even obscure or complicated specs begin to seem obvious.  Is there some aspect of measuring your laser that always seemed convoluted to you?

[1] I should point out that energy density is a damage consideration, which must be considered for any pulsed laser, even if you will only use the sensor to measure power.

How to Calibrate Your Laser