User-defined pass/fail limits allow setting the upper and lower bounds of an acceptable measurement, and getting a clear indication when the measurement deviates from these bounds.

In case you weren’t aware -The ‘pass/fail’ feature can be used as a tool to perform QA final inspection on the laser. Developers can use this to demonstrate the results of a prototype laser to Management (or even VC’s!) as part of the pitch for funding.

How?
After producing a graph of the laser power while the Pass/Fail feature is on, you can optionally generate final inspections reports by pressing on the camera icon in StarLab to ‘Screen Capture’ the display.
This generates a graphical record of events where the measurement might have deviated from set limits.

The upper and lower bounds of the pass/fail limits can be set in the StarLab application by opening the Functions dialogue. 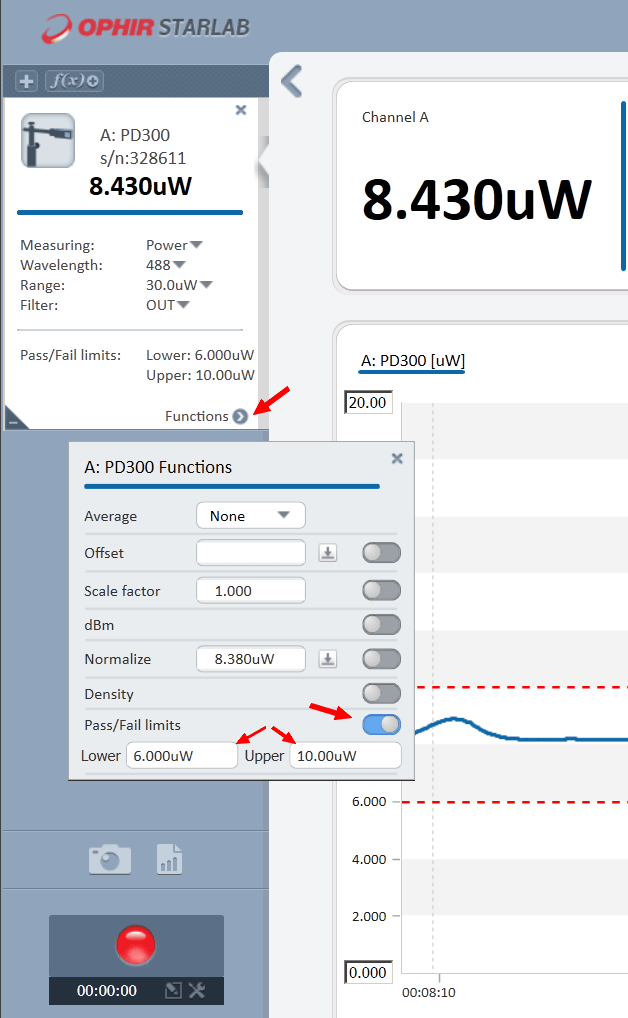 The lower and upper set values will then appear in the bottom of the channel box, as well as dashed lines on the graph to visually represent the set limits. 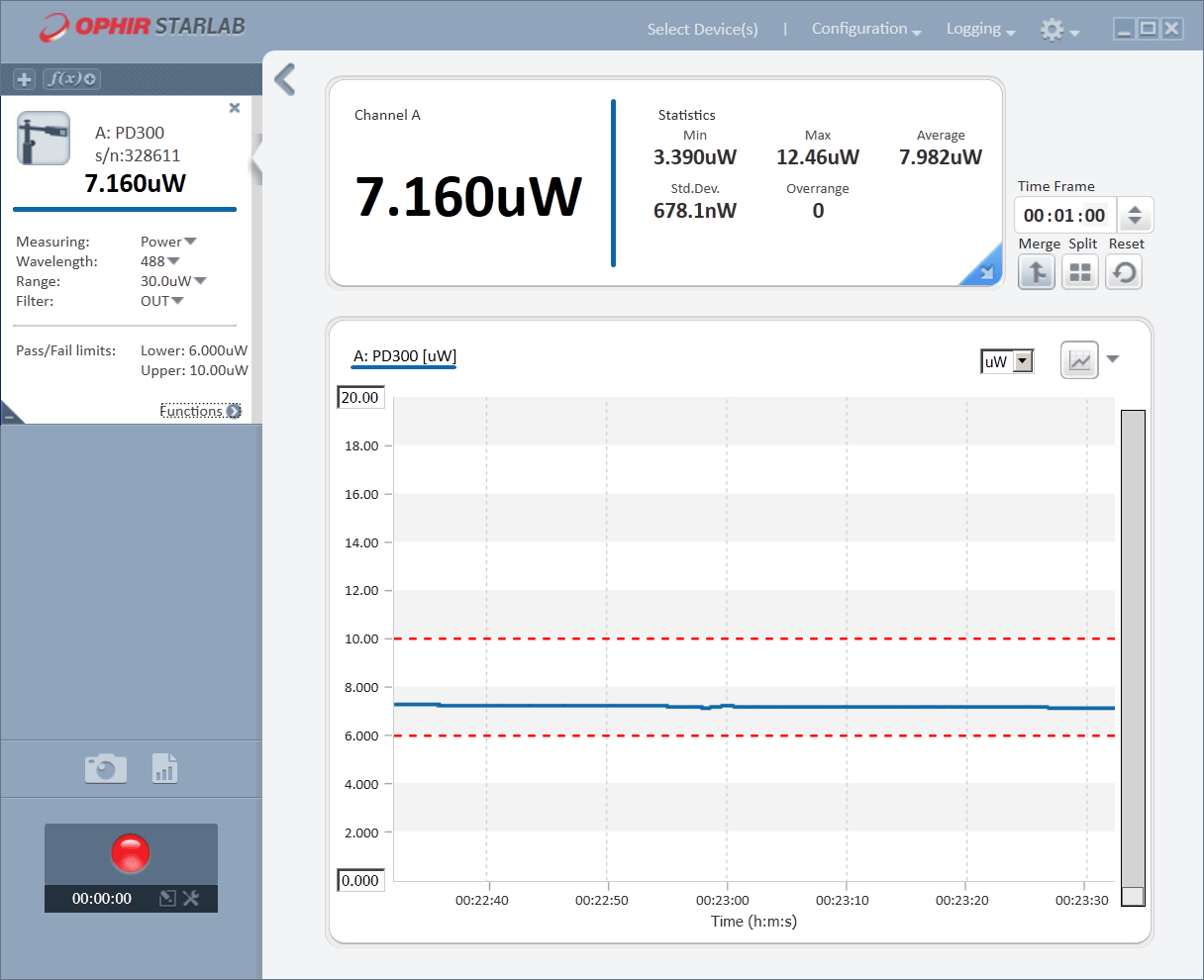 If the measurement deviates beyond the set bounds, the following indications appear –
1. The Measurement turns to red
2. Under or Over is displayed 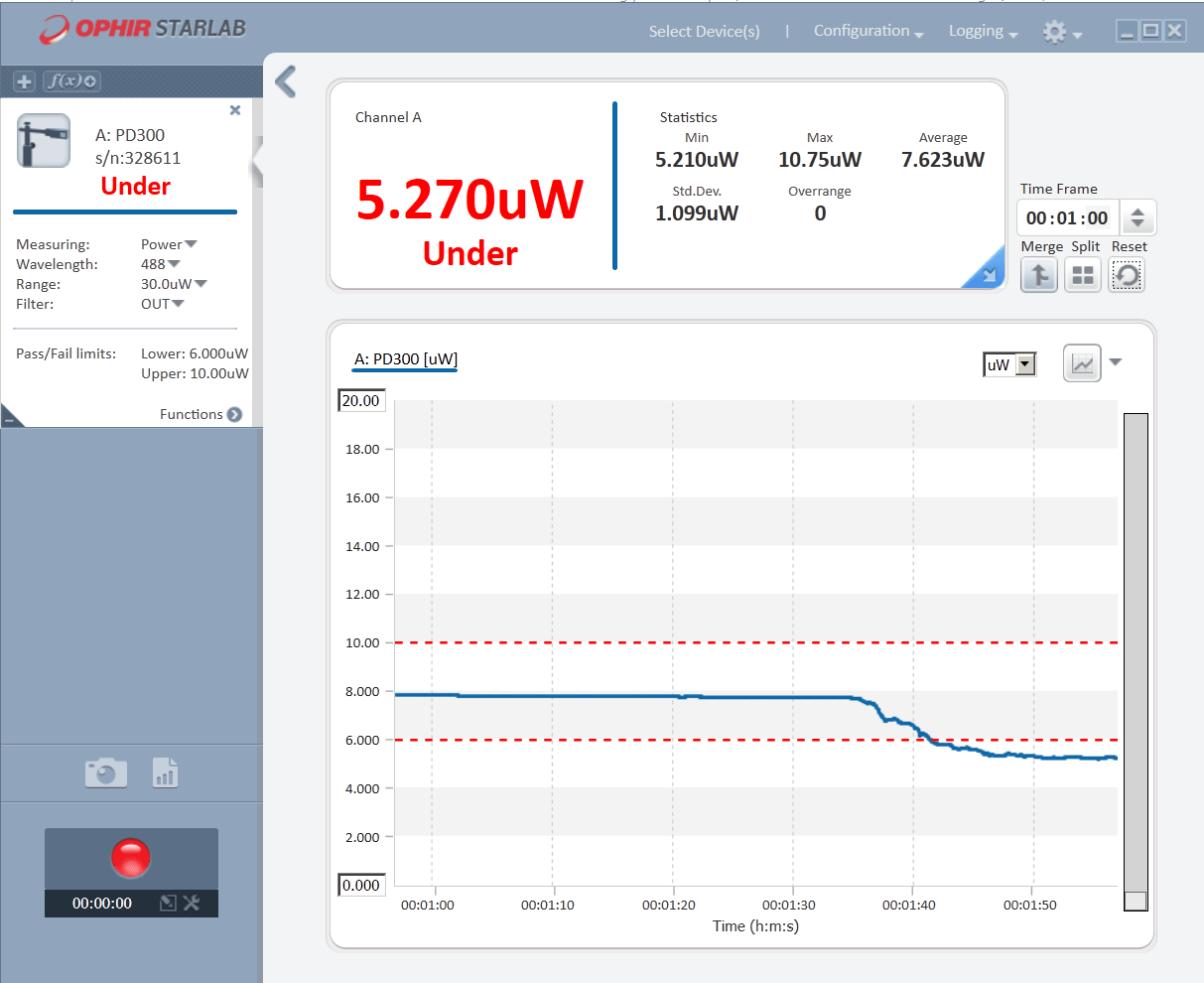 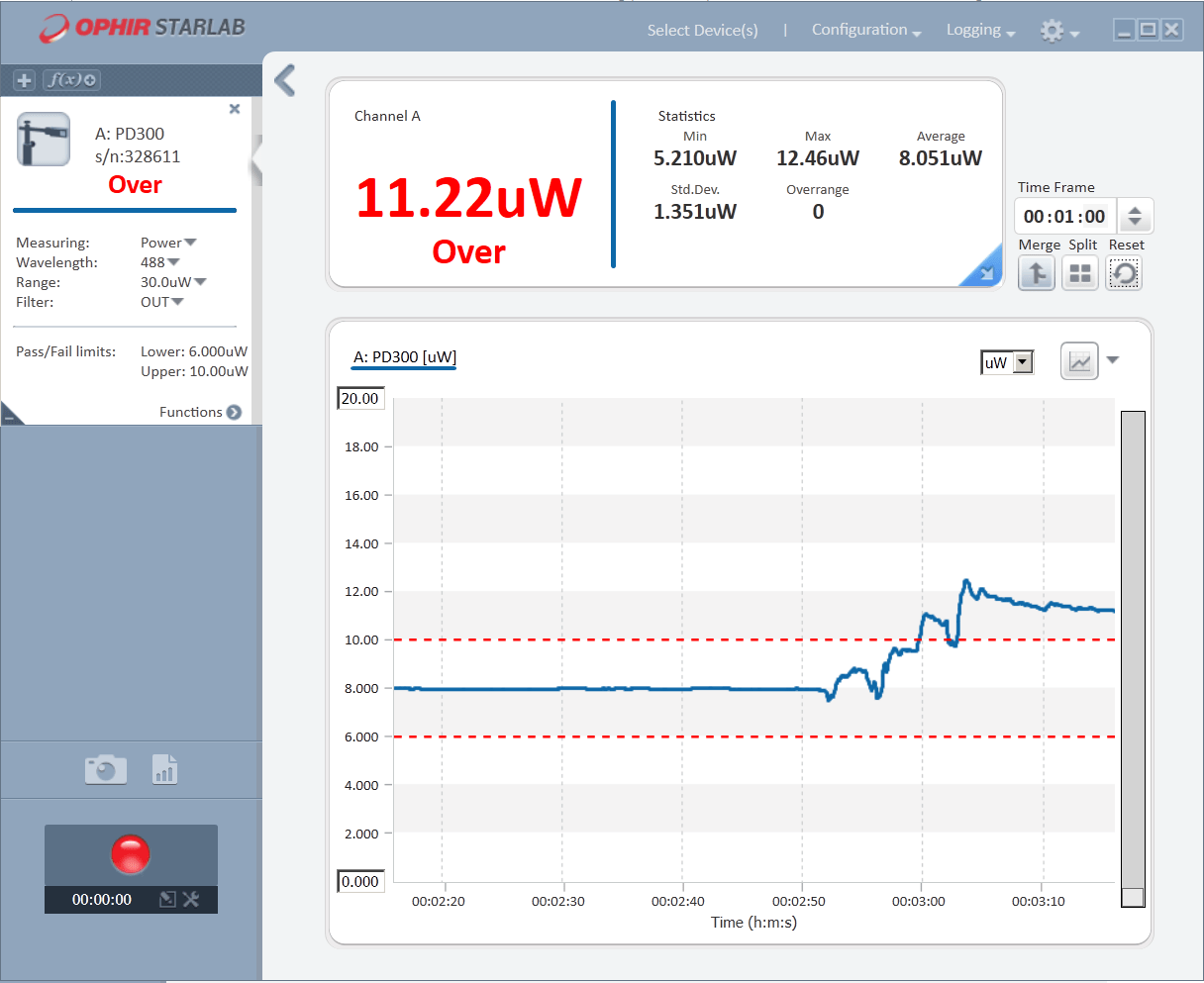 Users can then optionally generate final inspections reports by pressing on the camera icon in StarLab to ‘Screen Capture’ the display.
This way the user can generate a record of events where the measurement might have deviated from set limits.

This Pass/Fail feature, in StarLab 3.30 or higher, is easy to use and can be implemented with any of Ophir’s USB talking meters and interfaces, as well as the Quasar and EA-1 interfaces.

Can a Simple Sensor Really Replace a Laser Beam Profiler?