The Jeans industry is one of the largest industries in the clothing and fashion world, producing over 50 billion dollars a year.

Currently, jeans that look bleached, partially or completely, are considered more fashionable than the classic blue jeans. Many methods exist to bleach jeans, the most modern and sophisticated method is laser engraving where a focused laser beam is used to photo bleach the jeans. Since laser engraving uses a highly focused beam it enables manufactures to create complex patterns, white on blue images (or other jeans colors), and personal signatures on a pair of jeans which make them a more personalized and desired product.

In a typical laser engraving system a CO2 laser beam propagates through a computer controlled galvanometer scanner, which directs the beam through an F-theta focusing lens to the fabric in the direction needed to create the specified pattern. The software controls the galvanometer to draw a pattern and the galvanometer steers the beam accordingly.  In this setup the laser system is required to deliver just enough power to bleach the dye but not to damage the fabric. The laser beam is also required to be stable and narrow to ensure the pattern on the jeans is produced as precisely as expected.

Laser measurement devices can be used to monitor system operation of these lasers to ensure the output power is the necessary level to achieve the effect.  For example, recently a jeans manufacturer had a problem: he was using two laser machines to produce patterns on both sides of a pair of jeans simultaneously. Both lasers were designed to deliver the same power in order to obtain identical symmetric patterns on both sides of the pants. However, occasionally one of the laser powers drifted and delivered a different power. This resulted in defected pairs of jeans with different looking patterns on both sides. The manufacturer solved this problem by using an Ophir OEM application; a laser power sensor was installed in each of the laser systems between the laser and the galvanometer, reflecting mirrors periodically reflect both beams into the sensors to sample the output power of both lasers. This solution enabled the controller to monitor and match his lasers, ensuring both output powers are equal.

Who would have imagined at 1960, when the first laser was made, that lasers would be incorporated into the good old jeans industry?

Feel free to share comments, interesting laser applications, or anything else on your mind

Light Shows: Are we attacking the audience with lasers? 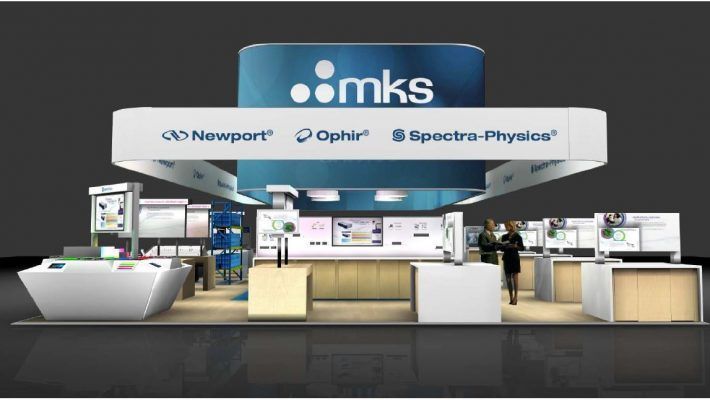