Integrating spheres have been around for decades, many decades. They are the go to solution for measuring divergent light sources. After such a long history, what could be new in integrating spheres? Well, new applications often demand new refinements in veteran technology and integrating spheres are no different. VCSELs, LEDs and other present day light sources are different in that they are physically small and have relatively large divergence angles, but not more than 2pi steradians. These devices are frequently mounted on PCBs that have reflective surfaces.

The first challenge in using an integrating sphere is making sure that all the light gets into the sphere. As the divergence angle increases, the thickness of the sphere walls and input port mechanics becomes an issue. The simplest solution is to place the light source very close to a large input port. This leads to the second challenge, making sure that the sphere doesn’t “see” extraneous reflective surfaces that will affect the measurement. Yes, there is a work around with an auxiliary light source, but this is a cumbersome solution.

Achieving the wide acceptance angle necessitated removing the dovetail accessory flange. For customers that need this feature we also designed a separate flange accessory that can be screwed down into the same recess that the aperture masks use.

For divergence angles even larger than 120⁰ we’ve come up with a new, patent pending design, the IS6-D-IR-170. This integrating sphere incorporates a special, gold coated, reflective input port that has an 8 mm entrance aperture with an acceptance angle of almost a complete hemisphere! The spec states “>170⁰” only because it is so difficult to measure beyond that. In practice, the acceptance angle is very close to 180⁰. Obviously, to accept a full 180⁰ of light, the light source needs to be located in the plane of the input port. So the front surface of the input port is made from an insulating material to avoid accidently causing electrical shorts.

So when you are measuring VCSEL’s or LEDs, no matter how large your angle, we have it covered. 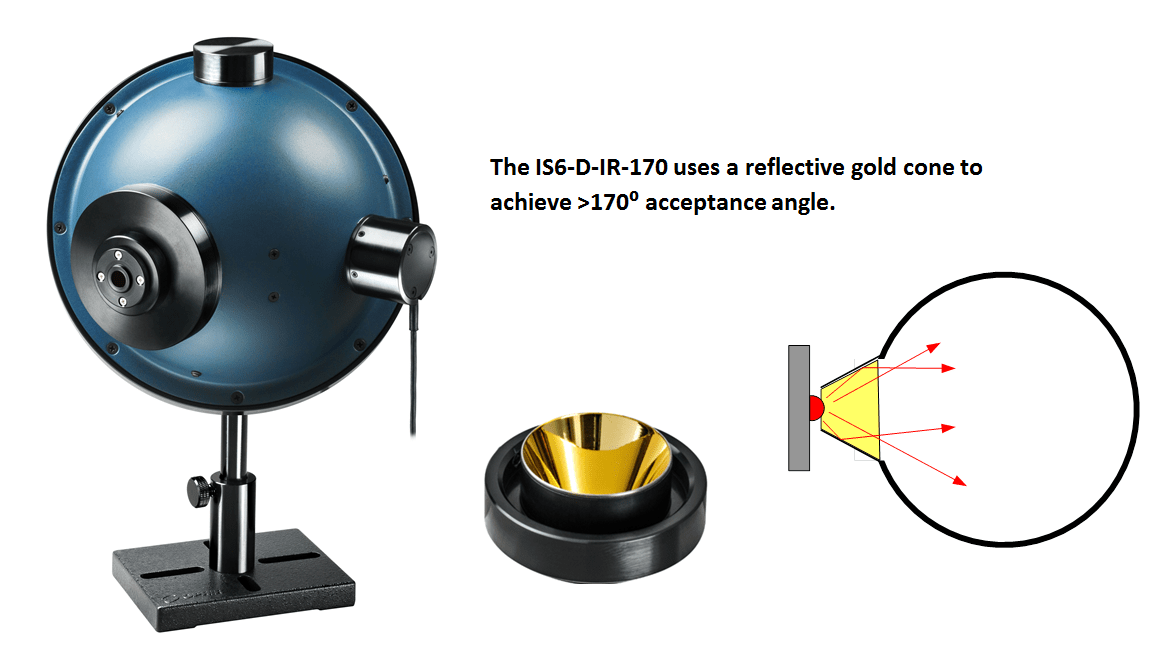 Find Out Everything You’ve Ever Wanted to Know About Laser and LED Characterization in MKS Instruments’ New Handbook!

How Consistent Measuring Ensures the Quality of Medical Lasers
08:43