Sometimes a laser is used in a “pass-through” setup, which begs the question: What happens to the laser after it passes through?

Consider for example a sensitive camera that is used to profile a laser.  Beam splitters are often used to deflect only a small percent of the laser intensity into the camera.  The other 90% or more passes straight through the splitter.

This poses a problem.

At high powers this can be a safety issue.  But even at very low powers, the laser beam not in use shouldn’t be bouncing around the room.  To “catch” the laser beam, we use a beam dump or beam trap.

The main spec of a beam trap (besides power level allowed) is backscatter.

If the beam trap can handle 1 kW but reflects 50% of the beam (even diffusely), it’s not much of a beam trap.

The goal here is to catch the entire laser beam, or as close to it as possible, so very little light escapes. 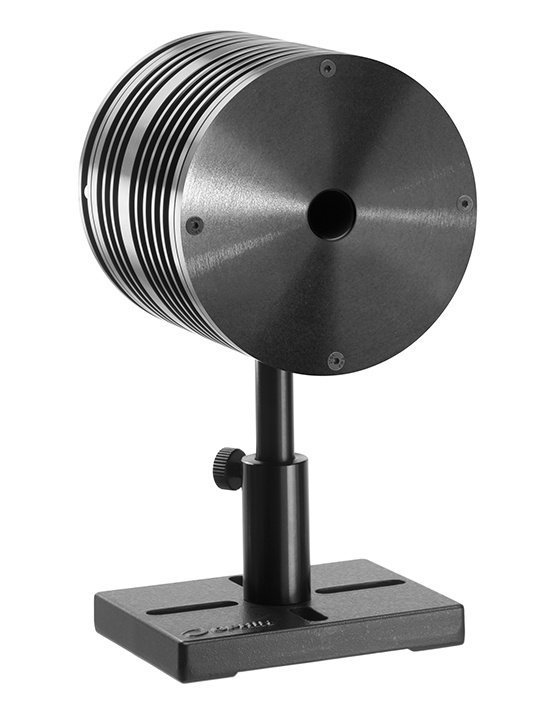 Find out more about the new beam trap here.