LED’s are used today in many applications with the most prominent being the lighting of our homes, streets and businesses. Despite their clear advantages, measurement techniques of the power, flux and spectrum of LEDs is not very different from that of traditional types of lamps.

A typical setup for measuring the power of LEDs and LED modules includes the following items:

Such a system can measure the total flux in Watts, Lumens, the spectral flux in Watt per nm, and various photometric quantities such as CCT (correlated color temperature) and CRI (color rendering index).

The cost of even an entry level system can reach $10,000 and the accuracy of such a system is ~5%-10%. Higher accuracies require much more expensive systems.

In some measurement applications, only the total power in Watts needs to be measured. In those cases a thermal disc sensor may be used if the following conditions are met.

The thermal disc sensor has several advantages which make it a good choice for measuring power of LEDs:

Using the thermal disc sensor is much easier compared with the integrating sphere system. Just point the LED light beam onto the sensor and the power measurement will appear on the meter or your screen. Routine calibration is on a yearly basis.

Figure 1. shows a measurement setup where a fiber is used to deliver LED light. The fiber is pointed at the thermal disk sensor for a measurement of the total power delivered from the LED: 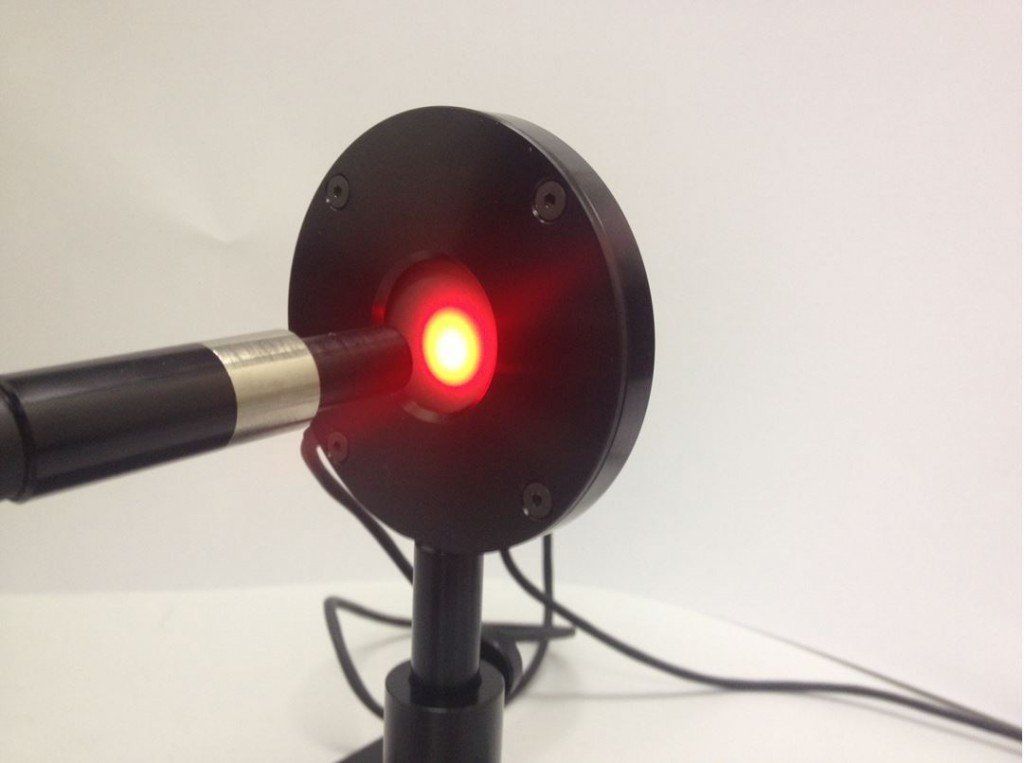 Don’t Come to Our LASER World of PHOTONICS Booth Unless…